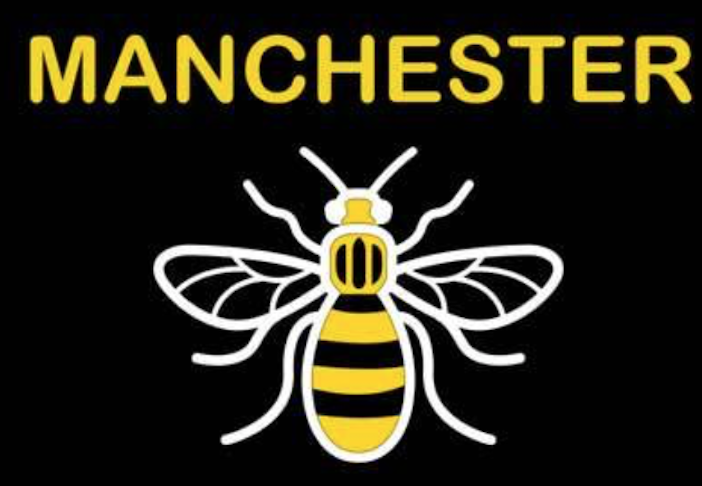 I have lived in the Peak District National Park for many years and yet, although very settled in this stunning part of the world, I still consider Manchester to be my home city. Manchester was the place I cut my teeth as a young lad and, later, a place in which I spent time studying.  It will always have a special place in both my life history and my heart.

I get to travel a lot for work and love it.  Dipping into different cultures and meeting new people is very special and I fully appreciate how privileged I am.  When it comes up in conversation and I get asked where I live I will often choose to say Manchester rather than the Peak District.  This is partly because I’m very proud to be a Mancunian, but also because it seems that wherever you go in the world, people have heard of it.  Many times this will be via a link to our football clubs or musical prowess and yet sometimes it is because of the cities geographical position or industrial history.  For whatever reason, everyone seems to know of the Rainy City.

Recently, I was in northern Spain on a family holiday.  We were sitting enjoying the tranquility of the Picos mountains when one of my children saw a news update about the terrorist attack at the Manchester Arena. I’m sure you know about it, but someone had chosen to detonate an explosive device at the end of an Ariane Grande concert.  I know the Arena layout and could only imagine the devastation.

Over the coming hours, of course, the full extent of the horror became apparent.  22 fatalities, scores of casualties and countless families for whom the future would be forever changed.  Of course, this only recently followed another terrible incident in London but, as horrified by this other attack as I was, I can’t deny the Arena tragedy felt closer to home emotionally.  Manchester has always been a huge part of my life and it was hard to comprehend this happening here.

The day after returning from Spain I had to visit Manchester to apply for a Russian Visa.  I drove along Oxford Street and parked up on a rainy and grey Monday morning.  In the shops all along the street were the ‘I love Manchester’ signs that have become a symbol of hope and, although people were inevitably getting on with their lives, there was a slightly unnerving quietness about the place.  I was sure Manchester would react with resolve, but right now the city had been wounded and needed time to heal.

The Russian visa application process is pretty efficient and I was soon back outside.  I stood in Oxford Street and watched the world go by for a few minutes and, although I had a meeting to attend in the early afternoon, I really felt like I didn’t want to leave my city.

I had seen on the news that stacks of memorials and flowers were being left in St Ann’s Square and this had become quite a focal point for people.  It hadn’t been my intention but suddenly I was drawn to go there too.  I don’t get to Manchester too often and it seemed like an opportunity not to be missed.  I made a couple of phone calls, pushed the meeting back, and walked over.

Turning the corner into St Ann’s square was a big surprise.  I was aware that a lot of flowers had been left but nothing quite prepared me for the sea of colour and the number of people that were already there early on a Monday.  I felt proud to be a Mancunian just as much as I felt so desperately sad.  Manchester will heal and the world will keep turning, but so many families will never overcome their grief.  No sea of flowers or tributes will make their loss better.

A couple of weeks later another element of closure came with Ariana Grande’s amazing efforts to put on a tribute concert.  Victims, attendees of the previous concert and emergency workers were all invited along and many thousands of others bought tickets to attend.  I watched the concert on TV and saw such heartfelt warmth and love shared by so many.  Manchester was being Manchester.

I’m healing too, but I write this a few weeks on and I still think about it every day. It is hard sometimes to find a path through but what I have learned is that, wherever in the world we live, we are all seeking the same route through things that often feel beyond our control.  I am actually writing this in a hut on the side of Mount Elbrus and during my days here I’ve met people from all around the world and shared stories with other mountaineers.

I’ve chewed over politics with Amercians, talked lifestyles with Russians and talked Brexit with lots of Europeans and realised that, just like us all, they have concerns about their place in the world and the future that awaits us.

So I apologise for this post in that I want Peak Mountaineering blog posts to be inspirational and aspirational and yet, despite the negative tone, I hope this still can be.  I am trying to say that people are the same wherever you go and, although we all have some demons we can’t control, we need to grasp every opportunity to see the world, to share our stories with others and to bond – whether that is on the streets of Manchester or on a distant mountainside.

My current visit to Russia has played a big part in making me refocus on the bigger picture and that feels very positive.  It is a time of sadness, upheaval and the wedges of division are threatening to fracture our world – tragedies like Manchester are a symptom of that.  But, as the late MP Jo Cox now famously said, we have more in common than that which divides us.  Right, time to play cards with our Russian friends.