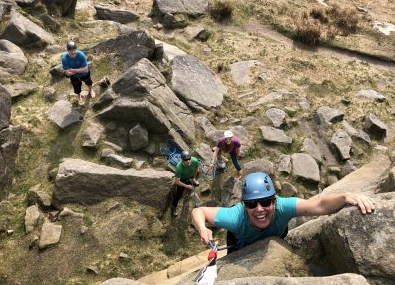 I watched the latest film tour trailer video and, like the friends I was watching with, gasped and smiled in equal measure as the kayakers, climbers and mountain bikers leapt, swooped and loop the looped in perfect motion.  As usual I was inspired and yet also slightly troubled.  The performers were so talented and the footage was so perfect.  I hope the thousands of other people watching were suitably inspired and yet I also wonder how many mental barriers this type of almost unattainable performance can create in the minds of viewers?

Patagonia founder Yvon Chouinard discussed a change they made to their catalogues many years ago.  The new style, he decided, would have inspirational photos of outdoor people in as broad a range of situations as possible.  If you look at a Patagonia catalogue nowadays you will still see people hanging from their fingertips, but you’ll also see people fly fishing, socialising around an evening campfire or sitting with legs dangling over a cliff edge as they look over some stunning vista.  It is a celebration of all aspects of the outdoor life and feels non elitist and inclusive.  I value it for that.

But Patagonia still uses its fair share of gnarly ‘out there’ photos in others aspects of its advertising and they aren’t alone – we can’t avoid the fact we are living in a media climate where many manufacturers and advertising gurus seem to think that the more extreme the view the better.  Companies sponsor top performers to represent their brands and, although the aim is presumably partly to inspire ‘normal’ outdoor goers to progress themselves (as well as show how their products can stand up to anything), I really worry that walls are being created too.

Peak Mountaineering fell foul of this some years ago too.  An advertising agency designed a deliberately pixelated photo of a climber hanging from an overhang.  It looked spectacular even though it actually used a photo of Paul on the mid grade Mount Arapiles (Australia) classic Kachoong. We really liked the poster and there’s still a few dotted around the area and the image is still used on our gift vouchers, but when we showed it to a friend they immediately threw up their arms in dismay.

When we asked for other opinions there were a mix of views but several backed that first friends view.  The problem, our friends explained, was that the photo was elitist.  If we were trying to encourage beginners to join our courses why show a climb that looked scary and difficult?  The photos we use should be inclusive and encouraging and with that, of course, can still be inspiring and aspirational.  Our friends were absolutely right and yet we were really just reflecting the modern media machine.  It certainly made us take note.

When I started climbing it was a lot simpler.  Magazines had basic photos that showed ‘normal’ climbers and,  although there was the odd action shot of one of the ‘stars’ in action,  the quality was usually so poor that it was hard to be intimidated by them.  Nowadays, we are assaulted by glossy photos taken by professional photographers hanging alongside the climber and high resolution video that documents every grimace and clawing pull up.  It is a different era, but to what extent are we now excluding people from getting into the sport?

The same happens to some extent with equipment and as an active media outlet Peak Mountaineering is guilty of this too.  When Captain Scott and his fateful team headed to the South Pole they had equipment more basic than many people now use for walking their dogs.  Scott couldn’t then use zips on his team’s clothing because they hadn’t been invented and yet how can we now go out in the rain unless our zips are at least water resistant?  We regularly review equipment and are generously offered products for test, and yet many of these end up being end end items with correspondingly high prices.

Some years ago I was invited to do a piece for a popular website about equipment for scrambling.  I was invited to choose some key pieces that I would use and the article would form around that.  I put it all together and detailed the equipment and was actually very happy with the finished piece.  Unfortunately the online forum which accompanies the website was soon alive with criticism.  I had tried to make it clear that the equipment listed was representative and you didn’t need to spend a fortune, but the comments were based around how over the top a lot of the equipment choices were and it certainly did sink home and made me consider how I presented things online.

The truth is that I have no idea how much effect all this media stuff really has, but if someone like me that’s been climbing over 30 years looks at the latest extreme image and feels a twinge of inadequacy or baulks at the cost of that must have waterproof, surely for novice climbers there are at least some who will think it is all rather beyond them.  When outdoor manufacturers now state that they have sponsored ‘athletes’ and continually describe their latest expensive equipment piece as ‘essential’, then where do we go from here?

That’s all without considering the restricting effect media coverage has on females or minority groups who may have other participation hurdles to overcome – the outdoors is, so the stats would tell you, still dominated by white middle class males.

It is time to take things back to basics and make everyone feel empowered to have a go and we know we aren’t alone in thinking this.  Leading organisation’s like the British Mountaineering Council (BMC) have made significant strides with their work with minority groups and inspiring initiatives like the ‘This Girl Can’ campaign will surely made a difference.  Mountain Training are actively encouraging more involvement in the award schemes by minority groups or people with disabilities.  There is progress, but overall the industry still has many barriers.

So it is important for everyone who can to play their part in breaking down barriers.  I was attracted to climbing in the first place because I saw it as a more inclusive sport than the team games I had failed miserably at in school.  When I’m on a climb, regardless of the grade, I am on my own personal challenge journey.  We need leading lights who are pushing the boundaries and yet someone pulling themselves anxiously up their first moderate grade route is just as important.

Peak Mountaineering aims for inclusivity.  We want everyone who lands at our website to feel they will be welcome regardless of previous experience level (of lack of it).  We want the website to feel inclusive rather than exclusive.  We want the photos we use to feel inspiring rather than terrifying and, although we don’t think we are doing badly at all this, we are also looking to make some changes to further improve how our offerings are perceived over the coming year.  We’ll also be trying to ensure that, just as we might have reviews of high end equipment, we’ll also look to add some lower price alternatives too.

We want everyone to feel welcome in our sport and we look to the equipment industry and media sources to do the same.  Let’s have photos of our sporting heroes climbing high above their last gear but let’s also celebrate those entering our sport.  We all started somewhere. 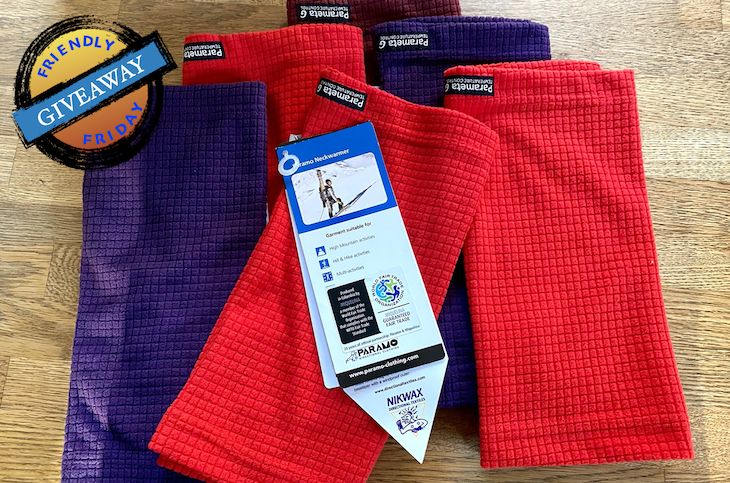 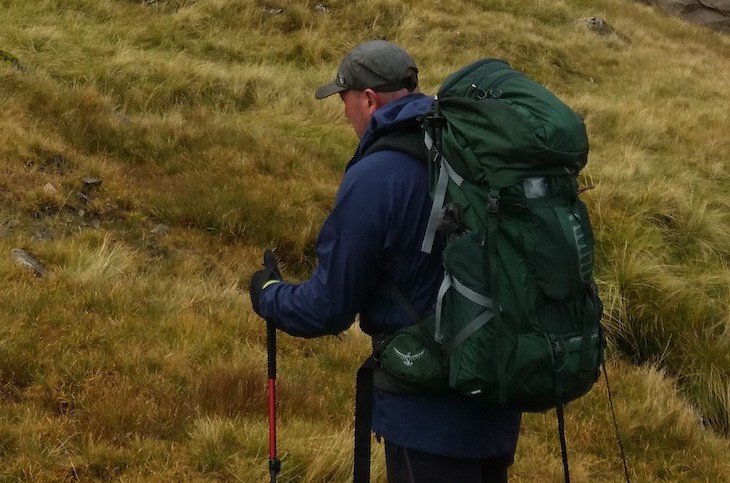 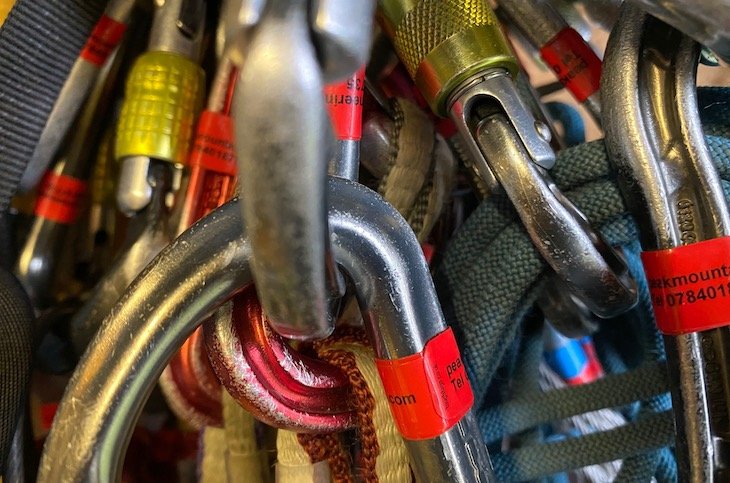 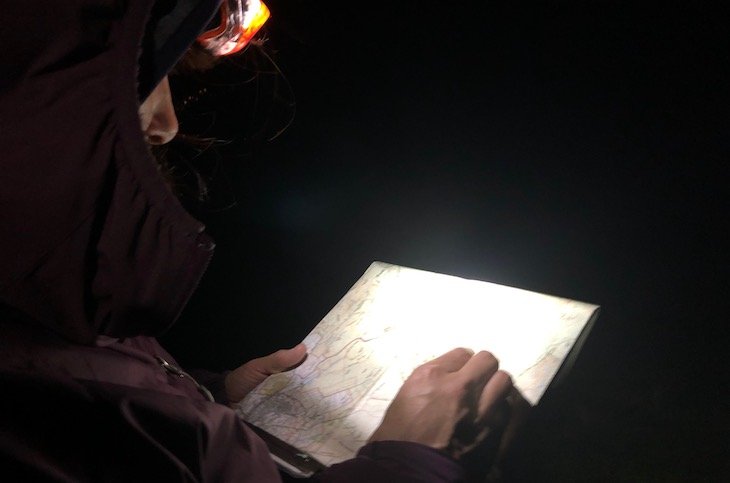