Social Climbing explores how climbing history has been formed by societal changes. It was written on a damp day in the Lake District and so the Lakes feature strongly. We hope you enjoy it.

I’m holed up in a Lake District cottage on a damp and grey day. Rain is drumming on the window and so I’ve settled in for a relaxing afternoon.  There’s a laptop on my knee and a selection of guidebooks to keep me company.  As long as they don’t happen too often, I quite like these kind of days. It’s one of the few times I spend time leafing through books.

I try to visit the Lakes as often as possible and love it dearly.  The rolling fells mingle with the broad lakes to create a stunning landscape.  Nestled amongst all this are the craggy faces.  The crags add a sense of drama but are also home to some amazing vertical adventures.

The truth is that I love the Lakes just as much for the sense of history.  I feel it on every visit.  The mountains tell the story of many epic adventures. I was walking below the crags of Great Gable yesterday where Napes Needle, considered to be the birthplace of modern rock climbing, stands majestically overlooking the Wasdale Valley. Social climbing history is all around you here and it is a special place to explore.

Napes Needle was climbed in 1886 and was an important milestone. But by then Brits had been exploring the mountains of the Alps for a least a few decades.  The mountains at that time offered a fascinating escape for the affluent with a sense of adventure.  Those early climbs were largely up snow and ice gullies rather than rock, but it was still climbing.

Many of those early alpinists drew inspiration from their explorations in the British mountains.  The Lakes certainly played a significant part.  John Tyndall made the first ascent of the Weisshorn and recounted walking up Helvellyn in a snow storm in the 1850’s.  Leslie Stephen visited the Lakes in the 1860’s and spent hours trying to forge a route up Pillar Rock.  The Lakes were already sharpening the skills and inspiring those early pioneers who went on to push boundaries elsewhere.

It is fascinating how climbing has been formed around changes in society.  At the time of the mid to late 1800’s climbing remained largely the preserve of professionals or the wealthy upper class.  Tyndall, to use him again for a useful illustration, was a distinguished scientist.  Many other early Alpine Club members came from backgrounds in the church, law or military.

Often it was either having the wealth to travel and the time to explore or geographical mobility linked to jobs that helped the development of mountaineering.  In the years leading to the first world war the wealthy were able to take long summer holidays in the Alps.  Army officers posted to India played a big part in developing Himalayan climbing.  Naval officers had opportunities to explore the polar regions.  It all revolved around opportunity.

It was perhaps the first war that most changed the pattern in British climbing.  Geoffrey Winthrop Young suggested that it eliminated ‘much of the more leisured class and destroyed the balance between work and cultivated leisure’.  Of course, the war also took many young lives who might have returned to set new benchmarks. 68 members of the Fell and Rock Climbing Club alone served in the war. 19 were killed.

There was some notable development during the war years and much of this came from pioneering women.  The novelist Emily Daniel climbed the classic route Hope (VD) on Idwal Slabs in Snowdonia in 1915 and there were similar pioneering female ascents.  By and large, though, the opportunities were fewer and priorities often had to be focussed elsewhere.

Following the war we started to see a growing awareness of the importance of ‘escaping’ to the mountains.  The wild areas became a form of sanctuary.  The Lake District again remained pivotal in developments.  Between 1922 and 26 a series of new Lakeland guidebooks were published and they contained a series of hard new climbs.  Joe Roper’s 1919 HVS 5b Central Route was one example.  It is still a tough challenge.  Infact, it is amazing to sit here and imagine tackling such a grade given the rudimentary equipment available at the time.

The second world war had less influence on British climbing. There were fewer lost in battle and some climbing continued during the war years. Climbers also continued visiting the mountains during periods of leave.  The forces also trained soldiers in the skills needed to undertake cliff top assaults and such like.  During this time the equipment also developed and new materials and clothing came along to meet demanding military specifications.

After the war a new breed of climber was ready to push standards.  The fifties also saw a greater emergence of the ‘working class climber’. Maybe one of the most significant social climbing developments was upon us.  In the post war years wages were rising and people enjoyed more leisure time. Many had a desire to participate in something seen as anti establishment.

During this post war phase standards rocketed and we saw the start of a more commercialised sport.  The climbing community was tiny compared to today, but there were already a few shops catering to climber’s requirements.  The 60’s also  brought the first specific magazines. We even had, during this time, the first televised climbing spectacular with a live outside broadcast of Lake District resident Chris Bonington and friends ascending the Old Man of Hoy in 1967.

In the Lakes the post war period was a great time for development.  Bill Peascod and Jim Birkett added routes like Harlot Face (E1 5b) on Castle Rock climbed in 1949.  A host of others such as Arthur Dolphin, Harold Drasdo and Peter Greenwood were also instrumental in pushing grades.

A big social climbing development later came with the move to training for climbing.  It had been popular in Europe for some time, but the British ethic until that time seems to have been against specific training for climbing. When asked how near to an expedition he stopped stopped drinking, the legendary Don Whillans replied “when I reach the last pub”.

Eventually, the concept of specific training started to filter into the ethos of British climbers and the effect was clear.  Whereas the typical top grades in the 1950’s were around E2, by the late 1970’s we had climbs at about E7. Developments in climbing equipment helped, but surely training played the biggest part.

Pete Livesey was a good example of the benefits of training.  He developed an almost obsessive regime which led to rocketing standards. He was surely the climber pushing the hardest grades in the 1970’s.  When people like Ron Fawcett came along and pushed the boundaries beyond Livesey’s capabilities, he simply stopped climbing.  Livesey climbed all over the UK but he certainly made his mark in the Lake District.  His 1974 ascent of Footless Crow (E5 6b) in Borrowdale was groundbreaking. In 1977 he climbed Das Kapital (E6 6b) on Raven’s Crag.

The development of climbing as a sport for all classes and for all ability levels continued apace.  Many climbers train specifically for their sport and access to fantastic quality indoor walls and training facilities has allowed continuing progression. Scaffolder Pete Whillance added many cutting edge routes and shepherd Dave Birkett added his own tally later.  The class barriers no longer exist although I imagine, if you saw a demographic of the sport, there would still be a dominance by middle class participants.

Many of us are working less and some are lucky enough to be retiring earlier.  The amount of disposable income is higher and the ability to travel long distances has never been easier.  Technological developments have made climbing safer both physically and psychologically.  We also have amazing amounts of information at our fingertips.

Every stage of climbing development has been fascinating and it is so interesting to link development to the social and economic changes that have occurred through history.  I’m not sure what developments await in the coming few decades, but I see the rain clearing and the skies brightening through the Lake District cottage window. Social climbing will continue and I can’t wait to see where this fascinating sport leads. Just now I can’t wait to head to the crags myself.

If you’ve enjoyed this journey through climbing history you might also enjoy our article History of Climbing Nuts. 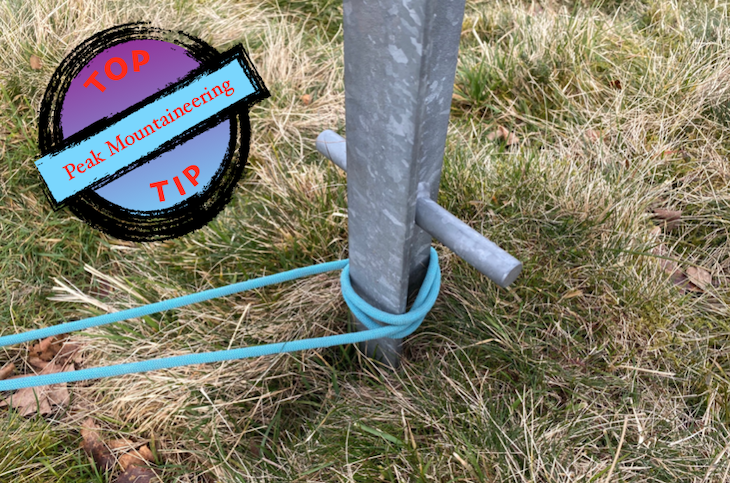 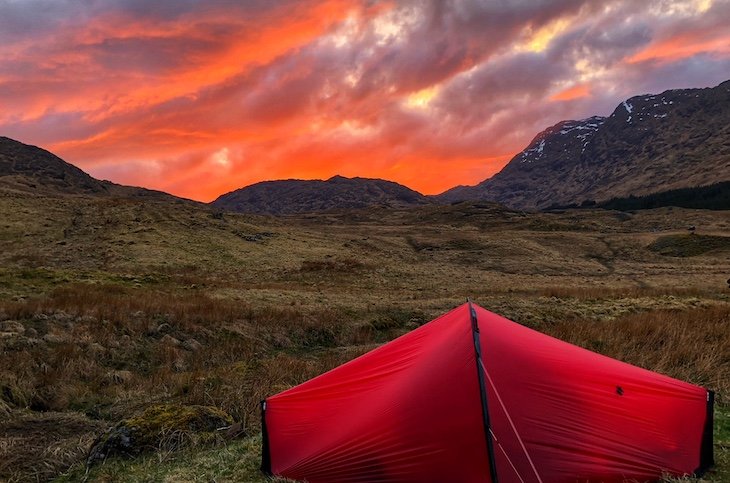 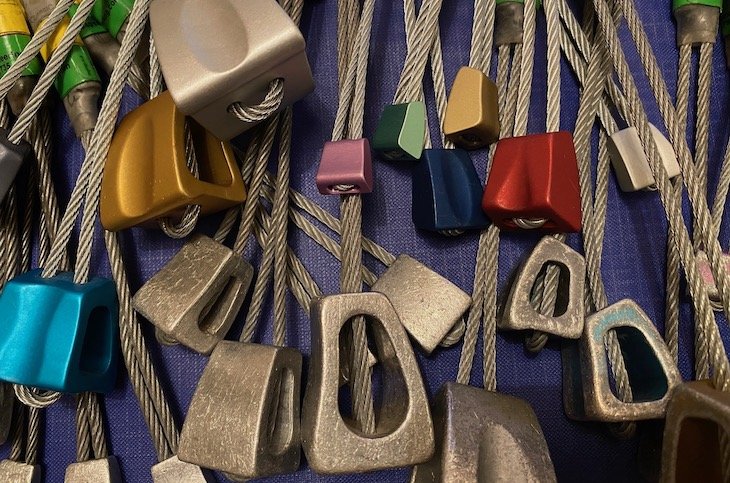