Digging Up Britain’s Past

Digging Up Britain’s Past is a Channel 5 programme exploring some of the most fascinating periods of British history. We undertook a technical support role offering pre-filming consultancy and support for a climbing section at Stanage Edge.

Digging Up Britain’s Past is a Channel 5 programme where presenters Helen Skelton and Alex Langlands explore some of the most fascinating periods of British history. In one episode they visited the Peak District National Park village of Hathersage. They also visited the famous local gritstone outcrop Stanage Edge.

We were asked to undertake a technical support role offering pre-filming consultancy and support for a climbing section. We initially met the producer and undertook several site visits to Hathersage Church and Stanage Edge. From this we compiled risk assessments and planned appropriate support.

Presenter Helen Skelton would be visiting Stanage Edge to talk to a local historian about the legend of Robin Hood. She would also be undertaking a climbing session at the crag.  We also c0-ordinated with the Peak District National Park Authority to ensure the correct permissions were in place.

It was particularly important that the film crew could gain suitable vantage points and we also took responsibility for the film team and support staff.

The shoot also involved the use of a professional drone pilot.  We co-ordinated with the pilot about suitable take off points and provided support to move equipment.

On the day of the Digging Up Britain’s Past shoot we provided pre-shoot briefings for all participants. We then managed all aspects of the safety during the shoot and co-ordinated with the production team after the shoot finished. Everything went well with the shoot and the finished footage is excellent.  As far as we are aware there isn’t an online copy of this available.  If you want to hunt around you need Series 1 Episode 3. 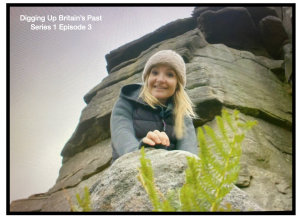 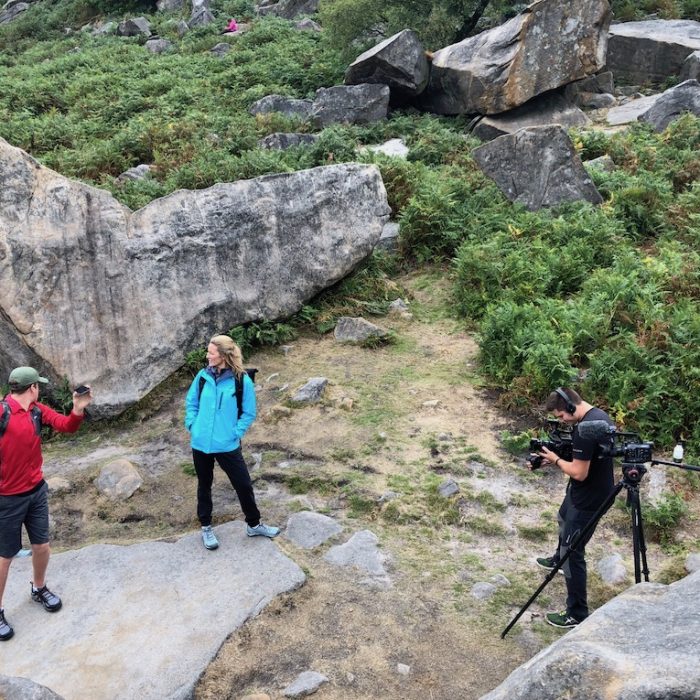 Columbia Sportswear wanted to make a short film in the Peak District National Park as part of their Switch Off and Connect campaign. We were pleased to provide technical support, consultancy and qualified instructors. 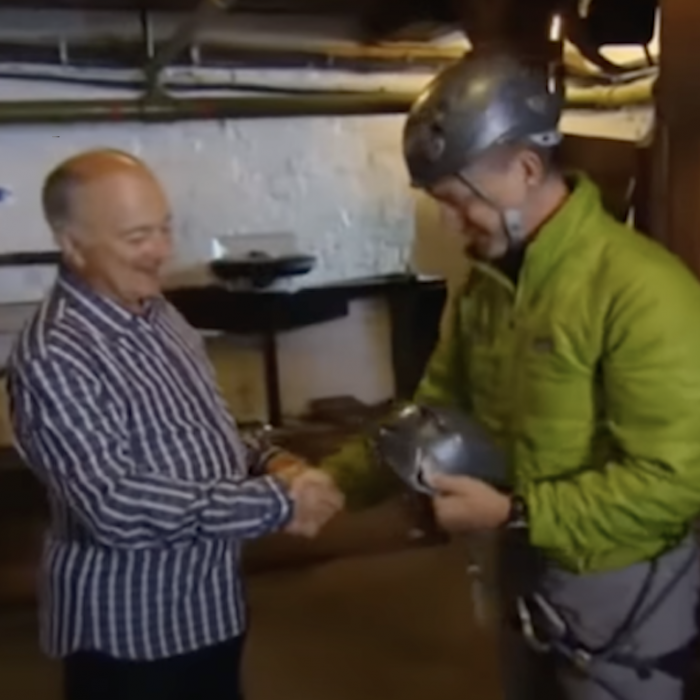 Walking Through History is a British television documentary history programme that ran for four series on Channel 4. We were asked to offer support for a section where presenter Tony Robinson visited Caudwell’s Mill in Rowsley.