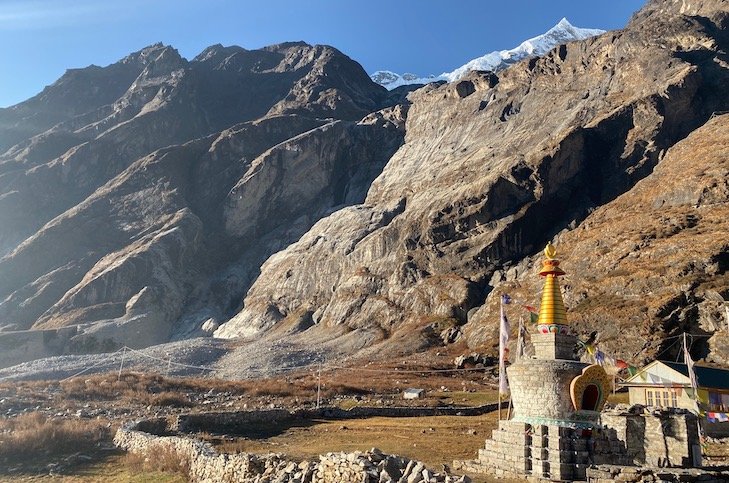 The tragic Nepalese Earthquake of 2015 unleashed a devastating landslide onto the tranquil village of Langtang. Living With Loss shares the story.

At 11.56am on 25th April 2015, a 7.8 magnitude earthquake shook vast parts of Nepal.  It flattened family homes in remote villages, damaged World Heritage religious sites and levelled office buildings in Kathmandu.  In the mountains a huge avalanche slid off the steep slopes of Pumori and swept through Everest Base Camp. At least 22 people died and many others were seriously injured.

About 50 km’s north of the Kathmandu Valley lies the Langtang Valley. Sitting on Nepal’s border with Tibet, this narrow east to west valley is rimmed by 6000 to 7000 metre peaks. It’s a unique and tranquil place that many believe to be amongst the most beautiful valleys in the Himalayas.

A few days walk from the nearest road access point sits Langtang village.  Here the earthquake triggered an unimaginable tragedy.  A vast swathe of rock sheered off the steep sides of the mountain Langtang Lirung and careered towards the unsuspecting village below.

There was no time to escape the estimated 40 million of tons of rock that flowed over the buildings and obliterated everything in its path.  The equation was simple. If in the rockfall path you had virtually no chance of survival. At the side of the landslide and you would be safe.

I can describe it, but you only really get a sense of the scale of the devastation by seeing it for yourself.  The landslide only stopped near the river that flows through the valley. 175 villagers, 27 local guides and porters and 41 western trekkers perished. The estimate is that the rubble is 20 metres deep in parts. Most bodies remain buried.

If you are trekking to Langtang from the road head you only see the landslide debris as you turn a corner. The enormity of the destruction immediately hits you.  The village can be seen up slope, yet the route to it now has to cross the massive swathe of rubble by a makeshift path.  The huge rock scar is clear to see. More is to come.  Walk over the boulder field and you will see remnants of fabric and other signs of the once proud village sticking out.

The debris is probably 100 metres wide in places, but eventually you hit the far edge of the landslide site and the current village is there before you.  If you don’t turn back you could fool yourself that all was well and nothing was behind you.  You know it is. The tragedy and the lives of those living with loss has an aura.

Before you get to the first houses there is a memorial to those lost.  It is a simple and yet poignant structure entirely in keeping with the stunning surroundings.  Prayer flags flutter in the breeze, mani walls carry religious inscriptions and the names of all those lost are carved into rock slabs.  Who can begin to imagine what it would have been like to witness the tragedy that unfolded on that day?

The buildings are colourful, tasteful and well maintained. The village is re-energising itself. There is a cluster of tea houses, a bakery, a few family homes and a couple of small shops.  On the hillside above there is the school. As you arrive you might hear the shouts of playing children.

On our recent visit we stayed in the lodge of a family struggling to find a path through their grief. A family living with loss.  We know this because they told us.  They wanted to talk.  The owner had lost his mother and brother and he said there were very few in the village that hadn’t lost relatives. If not that, it would be close friends that were gone. You know just about everyone in a small remote community like that.

He’d actually been away at one of the higher villages when the landslide occurred.  He’d felt movement in the earth but nothing more.  Then he heard the distant rumble and felt a sickening awareness that something terrible had happened further down the valley.  By the time he had raced back the sight that awaited him is impossible to imagine.

No roads serve Langtang and they had nothing to help search for survivors.  Vast areas of Nepal were facing devastating damage and the limited services available were massively overstretched. Help took a long time to arrive. Having said that, there was little the arriving cavalry could really do anyway.

We stayed in Langtang again last year and were treated with typical Nepalese grace and kindness.  It is a magical place.  We wandered around and soaked up the special ambience of a typical Himalayan mountain village. Visitors and locals passed by. We revisited the memorial and sat silently in the shadow of Langtang Lirung.  There is much good there.

The terrible events that unfolded are unforgettable though. The evidence surrounds you.  Your eyes drawn to the rock scar.  You sense the lives cut short, the suffering and the families torn apart.  A visit to Langtang stays with you and that is how it should be. The lost must live on in the memories of the living.

All over Nepal the events of that day live on and Langtang is only a part of the story. The Nepalese are a strong, resourceful and independent people who have faced many difficult times before.  Their ability to adapt and survive is always humbling.  Nepal needs, and nowhere more than Langtang, the support of visitors. Visitors breathe financial life into challenged communities.

If you are planning a Nepalese trekking trip please put the Langtang Valley on your itinerary. Share tea with the locals, support the communities, marvel at the beauty and soak up the ambience of this very unique place. Please also think of those precious people living with loss during you stay though. After all, this only happened 5 years ago.

Our Yala Peak itinerary treks the length of the Langtang Valley and we hope you can join us. All the details on this special itinerary are here. 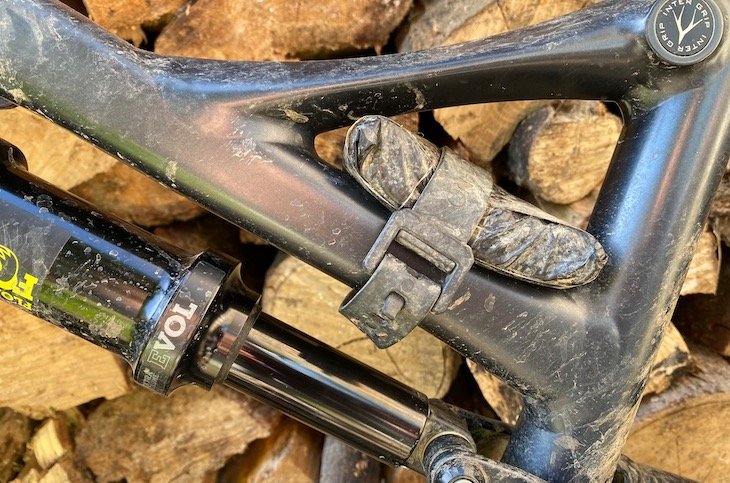 Riding Without A Pack 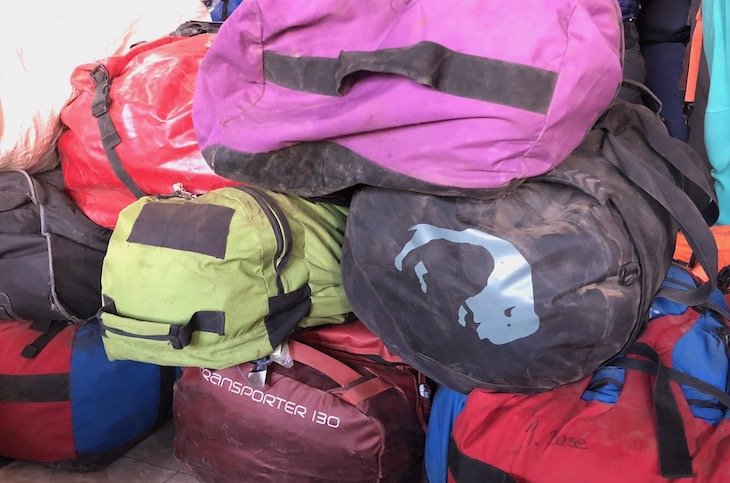