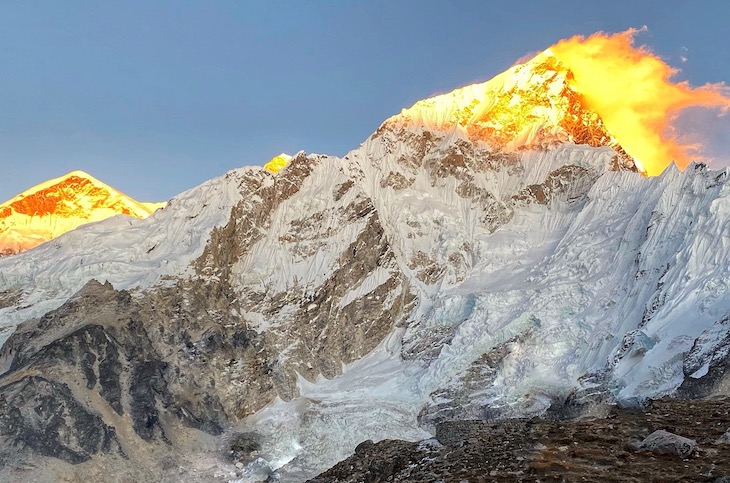 On the 8th May 1978 Reinhold Messner and Peter Habeler became the first men to climb Everest without supplemental oxygen.  A monumental achievement in the world of extreme altitude mountaineering.  Before then, many experts thought the human body wouldn’t be able to cope with the low oxygen levels.  After all, at the top of Mount Everest the average person takes in about 30% of the oxygen in the air that they would at sea leveI.  But Habeler and Messner both survived and their ascent reinterpreted what was possible. Two years later Messner went back to Everest.  His objective this time even more extreme.  He wanted to be the first person to climb Everest solo without oxygen (we use the term ‘without oxygen’ to refer to the use of supplementary oxygen).

It is now 40 years ago, on 20 August 1980, that he achieved that goal.  He also wanted to climb in the purest style. His attempt was to be an unsupported Alpine style ascent.  No Sherpa support, no team mates to assist him, no back up in case of problems and carrying everything himself.

Messner had arrived about one month before and spent time acclimatising.  He also left some equipment along the route.  Once he felt ready he left for the summit on August 18th. His route crossed the East Rongbuk Glacier and ascended to the North Col and then he continued up the North Ridge.  He spent a solitary night at 8200 metres and arrived at the summit the following day.

In a later interview Messner gave some insight into what his time on the summit was like.  He said, “I was so exhausted at the summit that I just let myself fall into the snow and dozed off.  Fortunately, after an hour of puffing – that’s all it was – I had the strength to get up again and to descend.”

The one other person accompanying Messner on his expedition was his girlfriend Nena Holguin.  She later wrote in her diary, “it seems that a drunk came down from the col and not the same man who left four days ago,”“He looks at me with tears in his eyes. His face is yellow, his lips are chapped and frayed.”

After climbing Everest solo without oxygen Reinhold also went on to become the first person to climb all the world’s 14 peaks over 8000 metres and a host of other achievements. Infact, he holds 9 Guinness World Records and his Wikipedia page offers a fascinating summary of his epic adventures.

The 2010 below also offers an insight into the interesting mind set and philosophies of Reinhold. Well worth a watch. If you want to see Mount Everest for yourself, consider our superb Everest Base Camp expedition